The History Of Money From Beginning Of Time Leading Up To Creation Of Global Digital Currency. This will be a classic - very entertaining with lots of humor. Watch to the end for a very funny finality

152,816 views
•Jun 12, 2020
Bitcoin: The End of Money as We Know It – For anyone who has not fully understood the controversial Bitcoin yet, this is a concise and informative crash course about Money and Crypto Currencies. Bitcoin: The End of Money as We Know It (2015) Directors: Torsten Hoffmann (co-director), Michael Watchulonis (co-director) Writer: Torsten Hoffmann Stars: John Barrett, Andreas M. Antonopoulos, Jeffrey A. Tucker Genres: Documentary | News Country: Australia | Canada | USA | UK Language: English Release Date: July 2015 (USA) Also Known As: Биткойн: Конец денег, какими мы их знаем Filming Locations: New York, USA Storyline: Bitcoin: The End of Money as we Know It examines the meteoric ascent of the revolutionary cryptocurrency which rose from the ashes of the 2008 global financial crisis. As economies, and ultimately people, struggle all over the world, Bitcoin purports to provide an antidote to a world in which money is created irresponsibly by private banks. This Kickstarter funded film dissects the underlying assumptions that we make about money, and also questions the Bitcoin advocates assertions about this new digital currency. Will Bitcoin really signify the inauguration of a new Internet-based monetary system, or is it a Ponzi scheme, another bubble waiting to burst? Several experts and economic commentators, some enthusiastic and others sceptical about the potential of Bitcoin are cross-examined as the documentary explores the question: Is this the end of money as we know it? Reviews: “Absolutely the best short film on the complexity and beauty of this new digital wonder called Bitcoin. The narration was incredible. I really like the educational part of this video and how Bitcoin will definitely be a force to reckon with considering its reach within the general populace. The creativity was spectacular. I even shared with friends that the narrator sounds like Peter Cullen as Optimus Prime from the Transformers movie. Just an all around professional movie that is objective and educational. I have shared this with as many people as I can and will be waiting for more awesome productions. Definitely a keeper as a documentary. This movie was well thought out by the creators.” Written by luisedardon on IMDb.com. “I was fortunate enough to see bits of the early trailers last year and was very much looking forward to this release. This film did not disappoint. It gives a very through explanation of the history of money which I found to be very informative. The interviews were excellent and the film gave a well rounded, cohesive storyline that should leave newcomers to Bitcoin fairly well informed about what it is and why it matters. This documentary is a must-see for everyone wanting a good history lesson in money, who want to learn about bitcoin, and see the possibilities with the future of crypto-currency.” Written by gabehiggins on IMDb.com. “I really enjoyed this documentary. I liked that is firstly gets into the question about what is money and a short history of it. Then it goes on about how the actual system works and how money is being created out of debts by the fractional reserve system. From there we understand why bitcoin might be important in the future from now. Finally it explains what is bitcoin and how the whole system works. I felt that 1h long was a bit too short to cover the subject of money and bitcoin combined. On the other hand it was a very straight forwarded documentary. I strongly recommend this documentary to anyone who is interested in the concept of money and wants to understand what goes wrong with our current monetary system.” Written by deathsknight2 on IMDb.com. 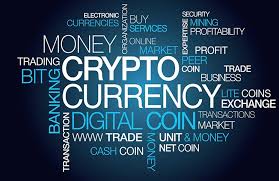