The objective of GLOBAL CRYPTO SURVIVAL is to help in the development and furtherance of an ALTERNATIVE TO THE GLOBAL DIGITAL CURRENCY  to be introduced by The One World Government, sometimes referred to as The New World Order.

This Alternative to the Global Digital Currency must be in the form of a “CRYPTOCURRENCY PRIVACY COIN”, which would be beyond the controll of The Global Financial and Banking Cartel.

Goose-Tech
This is a brief overview of some of the privacy technology used by different cryptocurrencies. It is by no means extensive, but should help to get your feet wet. Links to articles below for more info on the subject. 📘Table of Contents: ◆ 00:08 Intro ◆ 01:14 Privacy Coins 101 ◆ 01:21 Non-Private Cryptocurrencies ◆ 05:02 Monero, Verge, Electroneum ◆ 07:06 Zcash, Zencash, Bitcoin Private ◆ 08:46 Dash, Luxcoin, FolmCoin ◆ 11:25 Final Thoughts
Blockgeeks
What is a Privacy Coin? https://blockgeeks.com/guides/zcash-v… Privacy coins can sound scary to a lot of people. Money that can be owned by anyone, in any amount, in any place, that can be moved without anyone knowing? Sure doesn’t sound good. The good news is… that’s not really the case. And if you start to thing of privacy coins more like the digital equivalent of cash, then things start to make a lot more sense.

Privacy coins continue to play a key role in the ecosystem.

Privacy coins have been lauded by some as necessary to protect users’ basic right to privacy. So, what are the top 10 privacy-centric cryptocurrencies?

While most cryptocurrency transactions are traceable on the blockchain, privacy coins utilize a range of protocols to obscure the addresses of transacting parties. Some privacy cryptocurrencies are private by default. Others offer identity-preserving features as an option.

Some exchanges have even delisted many coins due to regulatory pressures to implement strict KYC requirements. But if protecting one’s identity is a highly valued commodity, it’s important to understand how each of the top privacy coins operates.

Monero is the privacy coin with the largest market cap, at around $1 billion at press time.

RingCT (Ring Confidential Transactions), an enhancement of CryptoNight, implements ring signatures to obfuscate transactions on the network by mixing them with other spendable transaction inputs.

The blockchain displays the validity of transactions, but only the sender and receiver involved in a particular transaction can see the amount of coins transferred in a transaction.

Monero is widely considered the most important of this category of cryptocurrencies.

Zcoin uses a protocol known as Sigma to preserve user identity. Sigma removes the ability to link coins with transaction histories. Only the parties to a transaction have knowledge of the exchange of funds.

The privacy-focused coin has integrated Tor into its network to hide users’ IP addresses. The development team also added Dandelion++ to improve IP address protection when a transaction is broadcast.

The team is currently building toward the launch of Lelantus, an upgrade that would improve the protocol’s scalability, privacy, and ease of use.

OOMP is a building block of many other upcoming privacy protocols, such as Beam, Anonymous Zether, JP Morgan’s Many to Many proofs, and Monero’s Triptych and Triptych-2. 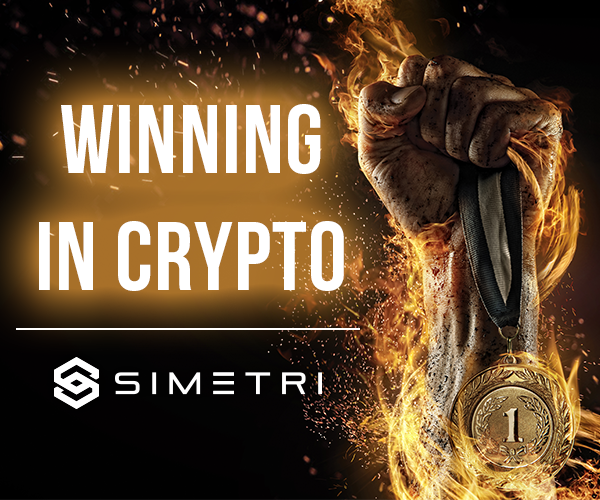 On average, Zcoin developers found a 10x faster proving time, as well as a reduction in verification time, using HOOMP. This feature could make it one of the most important privacy coins in the market.

The protocol utilizes ring signatures to bundle transactions as well as making addresses unlinkable through the generation of “non-repeating, one-time address.”

Bytecoin’s privacy credentials are only enhanced by the fact that the more widely known Monero is a fork of the BCN project.

Grin is a privacy-focused cryptocurrency “without censorship or restrictions.” The project deploys two methods to ensure transaction privacy for its users.

First, the Grin blockchain does not store amounts or addresses involved in transactions. Transactions are relayed through “a sub-set of peers” prior to being broadcast.

Secondly, using Mimblewimble allows past transaction data to be erased. That not only contributes to the privacy of transactions, but it also helps the blockchain scale. Beam is another project that uses the Mimblewimble protocol.

To ensure privacy and fungibility, the Litecoin Foundation has considered implementing the protocol on the LTC blockchain. According to the foundation:

“We have started exploration towards adding privacy and fungibility to Litecoin by allowing on-chain conversion of regular LTC into a MimbleWimble variant of LTC and vice versa. Upon such conversion, it will be possible to transact with MimbleWimble LTC in complete confidentiality.”

Super Zero is the native token for the SERO Dapp platform. SERO uses Super-ZK for privacy, and is reportedly 20 times faster than the Sapling upgrade of zk-SNARKs.

Its protocol claims to be the first to support smart contracts that use zero-knowledge proofs.

Dash, a fork of the Bitcoin protocol that began life as Xcoin in 2014, has an optional privacy feature that allows users to hide transaction details if they want to through the network’s mixing mechanism. Dash’s privacy feature is called PrivateSend.

It has become a very popular way to transact in Venezuela. The feature, an implementation of CoinJoin, mixes coins with other transactions, to obscure the origin of the funds.

Dash is not, strictly speaking, a privacy coin and does not market itself as one.

In fact, the company’s website promotes it as “instant, global, and easy to use.” Transactions cost less than one cent and are near-instant.

Zcash is a fork of the Bitcoin protocol, adding a privacy layer through a cryptographic proof known as zk-SNARKs. Zero Knowledge Succinct Non-Interactive Argument of Knowledge allows transactions to be verified without any knowledge of the wallet addresses involved or the amounts transferred.

According to the Zcash team:

Horizen is “a technology platform with optional privacy features that aims to enable an application-rich and inclusive ecosystem to provide people with freedom and everyday usability.”

ZEN is the platform’s native cryptocurrency.

Like other privacy coins, its privacy features are optional, offering both T-Addresses (transparent) and Z-Addresses (private). Z-Addresses utilize zero-knowledge cryptography to allow users to obfuscate transaction amounts and sender and receiver addresses.

Komodo was a source-code fork of Zcash, enabling the project to implement the zk-SNARKs protocol.

The platform allows third party projects to use the protocol, making privacy a possibility for any blockchain network. If a project wishes to adopt Komodo’s privacy as a feature, it can also choose whether to make it optional or mandatory.

Komodo developers also built an entirely separate blockchain, Pirate Chain, in mid-2018. Pirate Chain (ARRR) has mandatory transaction privacy using the zk-SNARKs protocol. The team claims it to be one of the most private blockchains in operation.

The Komodo website outlines that Monero’s ring-signature protocol leaves traces of metadata, which the zk-SNARKs protocol does not.

The Wraith Protocol upgrade brought the ability to accommodate stealth addressin to the Verge network.  The upgrade offers senders and receivers the ability to choose to have transactions recorded to the public or the private ledger.

Not only are the locations of senders and receivers private by default, but it also offers stealth addressing.

Privacy Coins an Important Part of the Crypto Ecosystem

Privacy coins remain an important part of the cryptocurrency ecosystem.

Despite, or perhaps because of, the increased regulatory scrutiny of privacy-enhancing features in the cryptocurrency markets, privacy-focused projects will continue to be important tools against privacy infringements.

Our thanks to CryptoBriefing for allowing repost of this article