Internet initially wasn’t run by “digital landlords” or “giants”. It was intended to be decentralized without these central entities governing who was to stay on the network or where the data of the users was supposed to be stored in the silos dotted around the world.

However, as it happened to the rest of the things, internet, too, saw a change in its landscape partly because of the incompetence of its structure. With time, it became more dependent on centralized governing authorities like Domain Name Systems (DNS) and Certificate Authorities (CAs).

Not only that, as it furthered stepped forward into the era of information technology, its drool-worthy incentives for centralized infrastructure caused the emergence of the likes of Facebook, Google, Apple, and Amazon and soon the whole of the online realm became a trap rather than a network for the users.

But what’s wrong with these centralized companies?

The major problem, which the companies with that infrastructure have run into, is the frequent attacks from the hackers. Since their centralized data silos or storage capacities are honeypots for them, owing to this fact, we have seen quite a few—no actually, quite a lot of security breaches of these capacities. Some of the examples of companies that have their user’s data compromised are Yahoo and Equifax with Facebook and Careem joining their ranks only recently.

Who thought that even a company so vast and secured like Facebook could also lose the precious data of its users? However, when we look at the vulnerabilities of a centralized system, it becomes all too clear for us to understand that being a giant authority has its own perks, that no matter how many security protocols are at the disposal, the user’s data can still be under a great threat in that particular ecosystem.

Now, after answering your question, I believe it’s my turn to ask one.

How can we eradicate the possibilities of a data breach completely to stop the nuisance of data loss?

We can eradicate all the possibilities of a data breach if we make a shift from a centralized data storage capacity to a fully decentralized one (I’m sorry, I answered the question myself).

That way, we could stop hackers from attacking data silos because, there wouldn’t be any. Simple.

However, there’s a catch here. Although certain applications that are built on blockchain technology have a decentralized data storage structure, the internet has still the same old story. It is still dependent on a centralized infrastructure of DNS and CAs.

We’ve had enough with the DDoS-like attacks on DNS servers and the trickeries of certain false CA issuers like Turkish CA. It is time we rejuvenate the spirit of the freedom on the internet. It is time we re-decentralize it. Do I sound like MLK? I must because I am excited about the revolution!

So, what is Blockstack? Simple words, please.

Blockstack is a new internet and a browser that makes it easy for users as well as the developers to access blockchain based apps and create them, respectively.

It removes the “middlemen”

The notorious middlemen called DNS and CAs are replaced by its own infrastructure characterized by BNS – the Blockchain Name System. It is a system that connects and converts the human-readable names such as facebook.com into discovery data without the need of the central points.

It provides a decentralized storage medium

Blockstack allows users like you to control where their data is stored. The applications that run on it do not have a centralized storage medium or “servers”. Instead, the developers create a single-page application that is written in JavaScript and plug into the application programming interface or API of the user.

You might think that this has merits for the developers as they wouldn’t have to maintain any database, server, or management systems. While that is true, for you, this could bring control over your own data. You wouldn’t have to hand over your information to the vendors. Instead, all you’d have to do is either connect with your existing cloud storage like Dropbox or Google Drive, or, the default decentralized storage of the Blockstack.

No, using your existing could storage does not mean that they have an access to your data. They are only used as a storage medium and they can’t use your data until and unless they have your Blockstack ID – a user-generated key that renders a full identity control to him or her. You can generate your key(s) when you log in Blockstack and, in turn, use that whenever you are logging in the applications that are run by it. By doing so, you’d have your identity completely hidden but revealed only on a given circumstance, for example, when a certain app wants to make sure that you are human (duh!).

To sum up everything (and reinstate), Blockstack has a decentralized DNS, a decentralized key distribution system, user identities, and registry for apps – an amalgam that perfectly makes the internet truly decentralized (I’m using the word ‘decentralized’ too much, I know. Oh, wait, I used it again.)

But this is only the tip of the iceberg. Like every blockchain based tech, it also has a token system called…
…Stack

Stack is the name given to the tokens on Blockstack.

There are three parts of it, actually.

The incentivized usage of Blockstack is, as discussed, is used as a key tool to promote the growth of the network or of the ecosystem of the decentralized apps that are run on the network and the different mining system enables verification of the longest blockchain on the network.

*Taking a deep breath* The Disruption

As you have judged from the discussion so far, Blockstack has every element to make a decentralized internet possible. With its three key layers—blockchain, P2P discovery, and storage layer—it is bound to disrupt the industry of web applications which could mean only one thing: No more “digital landlords”. You’d have your data secured and also have a full control over where you want to store it.

Talking about the web apps, there are certain apps on the Blockstack that offer a bigger promise than their centralized counterparts. For example:

These are some the apps that are already attracting huge investments. If I continue talking about the potential of Blockstack, I’d write, maybe, thousands of articles like these. But generally speaking, from messaging, proving identities, sharing documents to shopping, Blockstack has the potential to revolutionize possibly every other industry that requires the use of the internet to interact with its customer base.

This is Blockstack for you. A truly decentralized and secure internet.

Our thanks to BlockPublisher for allowing repost of this article 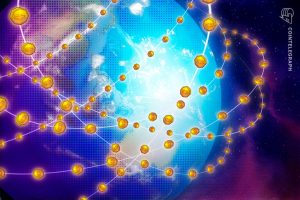